At networking events keep your focus on relationships, not sales! 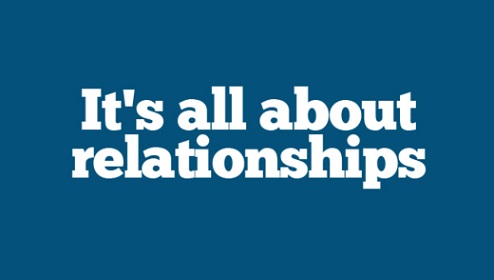 At networking events keep your focus on relationships, not sales!

One thing I would like for our partner members to work on is that I don’t think they should try to close sales right there at our meetings. The reason I say this is very simple. The whole purpose for going to these meetings is getting to know one another. It is very difficult to get to know one another when you were trying to sell to one another all the time. It is very hard to build rapport with another person when he won’t let his barriers down and whenever people are being sold to they always feel like they should be defensive.

Have you ever had a neighbor or a friend or a colleague who sold Amway? If so, then you know exactly the feeling that I am trying to explain here. Nobody likes to be sold to all the time. And when you have somebody who every time they try to speak with you is trying to sell you something you want to spend at least amount of time as possible speaking with that person. Do you want that person to be you??? Well, if when you meet somebody new all you can talk about is trying to sell your company to them, trying to sell your services to them and why they should immediately become your client, then you are that guy who sells Amway! There’s nothing different between you and the annoying Amway salesman.

The more I think about this I believe that people do this because they have the expectation that networking is all about sales. Well, in a way it is. But it’s also about marketing. But most importantly it’s about meeting new people, new connections and building on old relationships. Establishing connections and keeping up relationships are very hard to do when you’re pressuring the other person to buy from you. You can clear all of this up by changing your mindset. Consider that a networking meeting is not necessarily about sales. If you focus on the relationship part I promise you’ll make more sales in the long run.